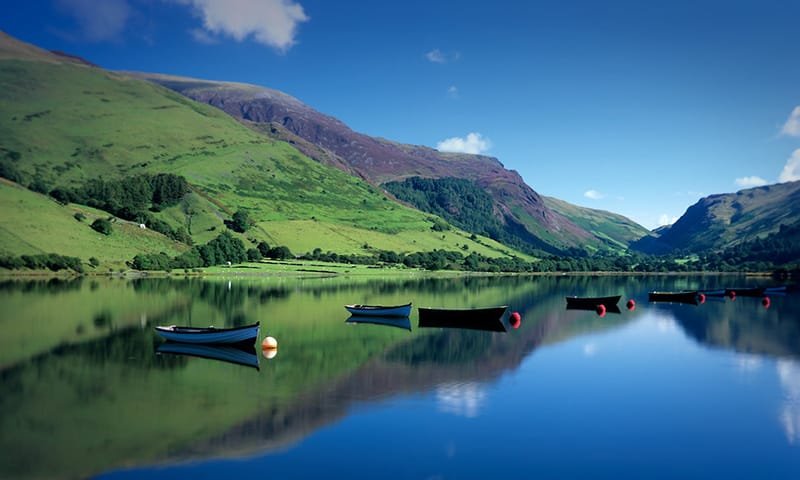 A visit to Snowdonia isn’t just about scrambling up Snowdon, although if you’re planning on summiting Wales’ highest peak, Llanberis, a village near its base, is a brilliant starting point. Llanberis’ often-overlooked other attractions include Padarn Country Park, which sits in the shadow of Dinorwic slate quarry – once the second-largest in the world. A network of hiking trails meanders through the park’s forests, and there are several museums to check out, including the Welsh Slate Museum and the Quarry Hospital, which is filled with weird and wonderful exhibits (don’t miss the slate mortuary table, or the wheeled hospital stretchers designed to slot into the quarry’s railway tracks).

One of Snowdonia’s lesser-known railways is the Ffestiniog railway, which was established in 1832 and is the oldest independent railway in the world. Hop onboard for the 20km journey from Porthmadog harbour to the slate-quarrying town of Blaenau Ffestiniog, via Snowdonia’s finest lakes, forests and waterfalls. Get lucky and you might bag a seat in the carriage (complete with its original writing desk) used by former prime minister David Lloyd George, who worked in Blaenau Ffestiniog.

There’s more underground fun at Sygun Copper Mine, near the village of Beddgelert.  It was abandoned in 1903 but today, visitors can follow the seam of copper through its stalactite-filled interior. Make sure you squeeze in a visit to the mine’s small museum – it’s packed with rare and unusual exhibits, including a 71 million-year-old dinosaur egg found in China.

For history, head to Caernarfon to admire one of Wales’ most beautiful castles and to wander through the town centre, dotted with remnants of the city walls. Don’t miss Northgate Street, formerly known as Stryd Pedwar a Chwech. You’ll find it in what was once Caernarfon’s red light district, and its Welsh name translates as Four and Six – the number of shillings sailors would pay for a package which included a room, a bottle of gin and a prostitute.